Biscuits were available in some form since Neothilc era (long time ago). Later on, the Romans had something like Rusk. It was not actually a biscuit. Something like a toast.

DeliMoja brings to you in this post a brief look at biscuit and its origins.

The biscuits origin seems to be Persia of the 7th century BC. The modern-day biscuit was invention by the French. Since the original biscuit was twice baked the French called it bis’ (twice) and cuit’(cooked). The Cookies being introduced by the Dutch. They called it Koek’ or little cake.

To make Fine Cakes.- Take fine flowre and good Damaske water you must have no other liqeur but that, then take sweet butter, two or three yolkes of eggs and a good quantity of Suger, and a few cloves, and mace, as your Cookes mouth shall serve him, and a lyttle saffron, and a little Gods good about a spoonful if you put in too much they shall arise, cutte them in squares lyke unto trenchers, and pricke them well, and let your oven be well swept and lay them uppon papers and so set them into the oven. Do not burne them if they be three or foure days olde they bee the better.

One of her original recipe is :

Set oven to 375° F. In a small bowl, mix flour, salt and baking soda and set aside. In a larger bowl, cream butter and sugars and add vanilla extract. Blend until smooth and creamy. Add one egg and beat well. Add the second egg and beat well. Gradually fold in flour mixture and stir in chocolate pieces. Drop a tablespoon size dollop onto baking sheets and bake cookies until golden brown or for around 10 minutes. Remove from oven and allow to cool on trays for 2 minutes before transferring to a wire rack to cool completely.

Simply drag & drop your Elementor image box with a sidebar. 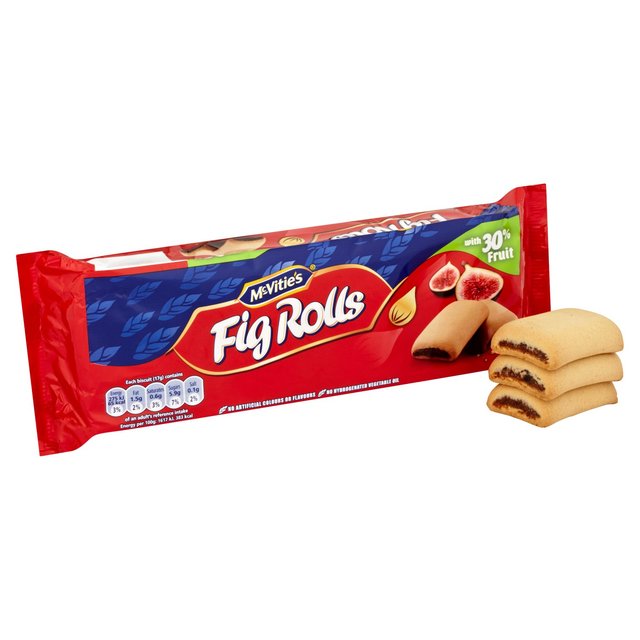 Fig Roll is a type of biscuit which is made of fig and enjoyed eating as akid.
Read More